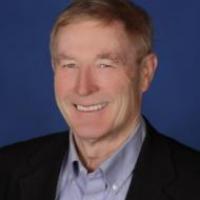 As former Vice President of Microsoft Research, Tony Hey was responsible for collaborative university science research engagements collaborations with Microsoft researchers. He also managed the multidisciplinary eScience Research Group within Microsoft Research which focuses on computational genomics, new scientific visualization technologies, and environmental research. Prior to joining Microsoft in 2005, Hey served as director of the U.K.'s e-Science Initiative, managing the government's efforts to build a new scientific infrastructure for collaborative, data-intensive research projects. Before leading this initiative, Hey led a research group in the area of parallel computing and was Head of the School of Electronics and Computer Science, and Dean of Engineering and Applied Science at the University of Southampton. Hey is a fellow of the U.K.'s Royal Academy of Engineering and was awarded a CBE for services to science in 2005. He is also a fellow of the British Computer Society, the Institute of Engineering and Technology, the Institute of Physics, and the U.S. American Association for the Advancement of Science (AAAS). Tony Hey has written books on particle physics and computing and is passionate about communicating the excitement of science and technology to young people. He has co-authored "popular" books on quantum mechanics and on relativity and a popular book on Computer Science - 'The Computing Universe' - published by CUP in November 2014. His research interests focus on parallel programming for parallel systems built from mainstream commodity components. With Jack Dongarra, Rolf Hempel and David Walker, he wrote the first draft of a specification for a new message-passing standard called MPI. This initiated the process that led to the successful MPI standard of today. He also has served on several national committees in the U.K., including committees of the U.K. Department of Trade and Industry and the Office of Science and Technology. Hey is a graduate of Oxford University, with both an undergraduate degree in physics and a doctorate in theoretical physics.