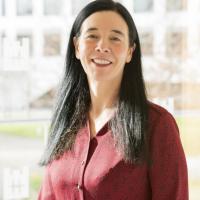 Dr Sandra Collins is the University Librarian at University College Dublin. Originally a mathematician, she has worked in digital innovation and cultural heritage over 25 years in the public and private sectors. She was previously the Director of the National Library of Ireland, the founding Director of the Digital Repository of Ireland in the Royal Irish Academy, a Scientific Programme Manager in Science Foundation Ireland, a Master Engineer in Ericsson Telecommunications, and a Mathematics lecturer in Dublin City University. She is the Chair of the Consortium of National and University Libraries (CONUL), a member of the Irish Government’s Expert Advisory Group for Commemorations and the Advisory Forum to the Irish Government’s National Conversation on Research, the Board of the Digital Repository of Ireland (DRI), and the Council of the Research Data Alliance (RDA). She has served on a number of European Commission Expert Advisory Groups including FAIR data and Research Infrastructures.