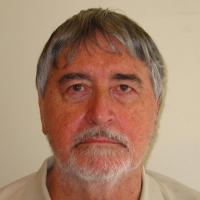 Michael Stanton is Director of Research and Development at RNP, the Brazilian national research and education network. After a PhD in mathematics at Cambridge University in 1971, he has taught at several universities in Brazil, since 1994 as professor of computer networking at the Universidade Federal Fluminense (UFF) in Niterói, Rio de Janeiro state. Between 1986 and 1993, he helped to kick-start research and education networking in Brazil, including the setting-up and running of both a regional network in Rio de Janeiro state (Rede-Rio) and RNP. He returned to RNP in 2001, with responsibility for R&D and RNP involvement in new networking and large-scale collaboration projects. During this period, RNP has deployed a modern optical infrastructure providing high-capacity services for nationwide and international collaboration. RNP’s R&D activities have been conducted with the collaboration of research groups in ICT in Brazilian universities, and have led to the development and adoption of new user services by RNP, as well as enhancing RNP’s with similar network organisations abroad. RNP also provides focused support for the communications needs of its scientific and cultural user groups, supporting their collaborations with domestic and international partners.