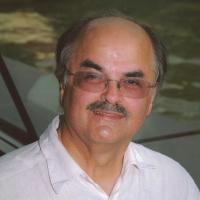 David Giaretta has worked in digital preservation since 1990 and has led many of the most important developments in this area. He chaired the panel which produced the OAIS Reference Model (ISO 14721), the “de facto” standard for building digital archives, and made fundamental contributions to that standard. He led the 2012 update of OAIS He leads the group which produced the ISO standard for audit and certification of trustworthy digital repositories (ISO 16363), and IS016919, which are fundamental to the setting up the certification process; details are available on the PTAB website (www.iso16363.org). He has led a number of large digital preservation projects, representing an investment by the EU and more than 50 partner organisations of several tens of millions of Euros. These projects include CASPAR, PARSE.Insight, APARSEN and SCIDIP-ES – details available here. These build on his experience working in and leading large data digital repositories and software systems.