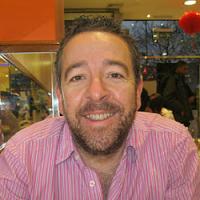 Conor studied at Queen’s University Belfast, where he gained a BA (Hons) in Geography and a PhD which investigated the environmental impacts of land-use change in Rio de Janeiro State, Brazil, then as a Research Fellow he led research into the use of GIS at the micro-scale for agri-environmental modeling. In 2011, Conor relocated to Scotland, and is currently the Head of Research and Geodata services at EDINA, a national service centre, based at the University of Edinburgh with responsibility for strategic direction, development and provision of online geospatial services to the UK academic sector. Previously, Conor worked in Operational GIS and network accessibility modelling in the public transport sector, with later responsibility for Corporate Divisional GIS activities. Throughout his professional career, Conor has been actively involved in promoting geographical skills and GIS as well as undertaking a variety of advisory roles. He travels extensively, and has extensive experience and knowledge of Brazil. Conor is a former Chair of the AGI Northern Ireland Executive Committee and served on AGI Council, in London (2004-11). Conor was awarded the AGI ‘Volunteer of the year’ award in 2007. He also is a founding member of the RGS Northern Ireland Regional Group. Since inception, Conor continues to work with RGS-IGB on the CGeog (GIS) CPD Programme, as a national final assessor and mentor.