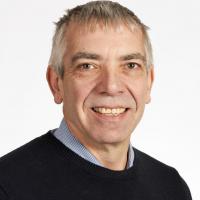 Chris Rawlings is Head of the Department of Computational and Systems Biology at Rothamsted Research and a visiting professor of Bioinformatics in the Depart of Computing at Imperial College. Chris Rawlings started his Bioinformatics career at the Imperial Cancer Research Fund in 1982 and since then he has published over 60 articles and edited several books on computational biology. From 1991-1996 he led a group that researched the application of advanced logic languages to genetic mapping and protein structure bioinformatics. From 1996 he was responsible for the bioinformatics platforms supporting human genetics, comparative genomics and gene expression at the pharmaceutical company SmithKlineBeecham and from 2000-2004, he was the Director of Bioinformatics at the genetics company Oxagen Ltd. where his group worked on the identification and validation of genes and drug targets from human genetics and genomics technologies. Chris moved to Rothamsted Research in 2004 where he now leads the department of Computational and Systems Biology which comprises over 35 staff and students engaged in research into, and application of, bioinformatics, mathematical modelling and statistics to problems from the agricultural sciences. He is a visiting Professor in the Department of Computing at Imperial College London. Chris was one of the founding members and former Vice President of the International Society for Computational Biology. Chris has personal research interests in the development and use of bioinformatics methods for supporting systems biology and for candidate gene discovery from multi-omics datasets. This research has led the development of open source bioinformatics software for data integration which has been used in the analysis of both crop and pathogen genomics datasets. He is a member of International Wheat Initiative Informatics Steering Group.