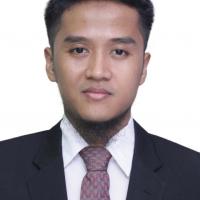 Cahyo Trianggoro is Junior Researcher of Centre for Scientific Documentation and Information Science, Indonesia Institute of Science (LIPI). Cahyo is a graduate of University of Padjadjaran, where he received a Bachelor degree in Information and Library Science. After Graduation, He launched career in several private sector in Jakarta as Legal Librarian on Widyawan & Partners Law Firm. Soon afterward, his expanding his expertise in Digital Asset Management which archiving digital asset in Advertising Agency and play role for curating digital asset for its company. He later served as a researchers for Center Scientific Documentation and Information, Indonesia Institute of Science (LIPI) and having interest study in research data management in Indonesia and the impact for Indonesian researchers.