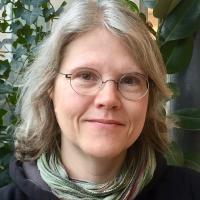 Dr Maggie Hellström works at the ICOS Carbon Portal, the data center of the European research infrastructure Integrated Carbon Observation System (ICOS). Maggie has a background in experimental nuclear chemistry & nuclear physics, with a MSC from the Royal Institute of Technology,Stockholm in 1988 and a PhD from Uppsala university in 1992. She has worked at several nuclear physics institutes in the US, Germany and Sweden, and holds an Associated Professorship in Physics at Lund university. Since 2010, Maggie has been involved in greenhouse gas and environmental science projects including the Swedish national ICOS initiative, and is since 2015 working on behalf of the pan-uropean ICOS organisation. In 2013, she joined the ICOS Carbon Portal team, where she is now engaged in research data management issues, including representing ICOS in Horizon2020 research projects such as ENVRIplus and ENVRI-FAIR. From 2018-2020, she was connected to the Swedish National Data service SND as an environmental & earth sciences domain specialist, and also coordinated the Swedish national RDA node on behalf of SND. She participates in a range of RDA working groups, and in RDA Europe's GEDE expert group. Her main RDM interests are identification & citation, persistent identifiers, digital object networks and FAIRness. Maggie is also a SPARC Europe Open Data Champion, and is actively engaged in planning and carrying out education and training to promote Open Science and FAIR principles.

Physical Samples and Collections in the Research Data Ecosystem IG