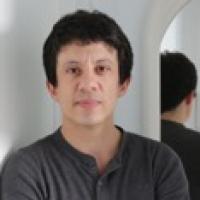 Vincent Razanajao is an Egyptologist whose research interests center around the history and geography of Lower-Egypt, with a special focus on religious features and toponymy. Involved in several Digital Humanities projects for the last decade, he has been given the charge to design and develop the digital platform for Project Patrimonium ERC-StG 716375 (http://patrimonium.huma-num.fr/). From 2012 to 2015, he was the Editor of the Topographical Bibliography and Keeper of the Griffith Institute Archive (University of Oxford), specifically in charge of moving the hundred-year-old Topographical Bibliography of ancient Egyptian texts to the digital world (http://topbib.griffith.ox.ac.uk). He has also been involved in the Karnak Cachette Project for which he developed Xefee, the XML Editor for ancient Egyptian Epigraphy (https://halshs.archives-ouvertes.fr/halshs-01141540), and more recently in project Thot, a University of Liège based project that aims at developing semantic web resources for documenting ancient Egyptian inscribed documents (http://thot.philo.ulg.ac.be).