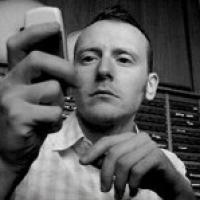 Francis Strobbe works at the Belgian Marine Data Centre at the Royal Belgian Institute of Natural Sciences. He is currently involved in the EMODnet Data Ingestion project (http://www.emodnet-ingestion.eu) and ENVRI-FAIR (http://envri.eu/envri-fair/). Francis received his PhD in ecology and evolutionary biology at KU Leuven and was a postdoctoral research fellow at the Centre for Statistics in Ecology (SEEC), the Environment and Conservation at the University of Cape Town (UCT) and the South African National Biodiversity Institute (SANBI).

Francis has a background on biodiversity and ecology in aquatic habitats. For his PhD, he looked at the ecological speciation driven by predation in the North American damselfly genus Enallagma. He studied the selective environments and the genetic architecture of key species related to two independent habitat shifts. He worked on the creation of the Belgian Species List (http://species.be), which is the online taxonomic backbone of species occurring in Belgium, hosted by RBINS. He also developed the Belgian Bioarchaeological Inventory node, an online instrument to find archaeozoological information of Belgium. During his postdoctoral research he investigated the possibilities for developing biodiversity data analysis pipelines.