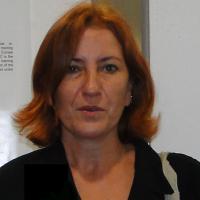 Remedios Melero has a Ph degree in chemistry. She works in the Institute of Agrochemistry and Food Technology, which belongs to the Spanish National Research Council (CSIC). Researcher and editor of the scientific journal, Food Science and Technology International, and ex-Vice-president of the European Association of Science Editors (EASE). She has worked and searched onto publishing issues for the last years- electronic publications, peer review process and open access to scholarly outputs research outputs. She is member of the Spanish research working group Open Access to Science, and has been partner of the European project NECOBELAC (No. 230583, 2010-2012) which aimed to improve scientific writing, promote open access publication models, and foster technical and scientific cooperation between Europe & Latin American Caribbean (LAC) countries. She is also partner in FOSTER (Facilitate Open Science Training for European Research) EC project No 612425 which will started in February 2014.