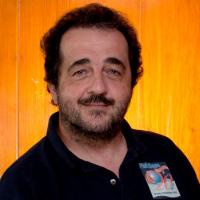 30 years experience in Biodiversity Informatics as Biodiversity Information System developer and manager. After a M.Sc. in Marine Ecology and some work on energy flow in deep sea environment, a M.Sc. in Computer Sciences. After a brief time in industrial informatics, joined the National Museum of Natural History in Paris (MNHN) where both backgrounds were used to develop and manage databases on fishes. Starting late nineties, became the main focal point for Biodiversity Informatics in the museum being involved in many European projects. Achieved a PhD thesis on some theoretical and organizational issues on Biodiversity Informatics. Joined The WorldFish Center in 2005 to manage the FishBase Team in the Philippines and the FishBase Consortium work plan, but also the gathering of Global Species Databases for the Catalogue of Life. Still in the WorldFish Center, I act now as the Scientific Director for FIN (FishBase Research and Information Group, Inc.) since 2011, a Philippine NGO running FishBase, SeaLifeBase, AquaMaps, and participating to Catalogue of Life with about 25 staff. Now Scientific Director of LifeWatch Greece at HCMR.