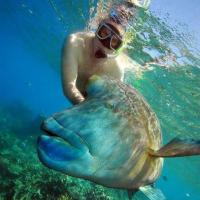 Peter Walsh began his career working in Fire Behaviour and Ecology research for the Department of Conservation and Land Management (CALM) in Western Australia. Given an opportunity to diversify, he began writing eResearch applications for managing research data before progressing to the role of Operations Manager in CALM’s Data Centre. In the late ‘90’s, he started an enterprise developing software for monitoring data centre infrastructure, which went on to sell in six languages to over 30 countries worldwide. In 2007, Peter joined the Bluenet Project at the University of Tasmania, eventually taking up his current position as Manager, Data and Information Systems at the Institute for Marine and Antarctic Studies in 2011. He is a member of the RIF-CS Advisory Board, the AODN Technical Advisory Group, the Integrated Marine Observing System (IMOS) Animal Tracking and Monitoring Data Committee, the National Redmap Steering Committee and the University of Tasmania IT Change Advisory Board. He is a keen photographer, sailor and bushwalker.

From Observational Data to Information IG