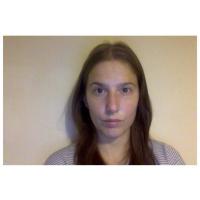 Currently working for the British Antarctic Survey as a Marine Data Assistant with a short-term contract. In September 2018 I graduated from Plymouth University with an MRes in Applied Marine Science, with distinction. Research project was titled 'The validation of the biological data collected by the novel Planktag sensors in the North Sea and English Channel', for which I received the Plymouth Marine Laboratory Prize for Outstanding Achievement and the Best Research Project on MRes Applied Marine Science 2018. Previous to this I graduated with aBSc (Hons) Marine Environmental Science (1st Class) from the University of Portsmouth. Final year project was titled 'The investigation of the microplastics in mussels (Mytilus edulis) in Southern England', for which I was awarded The White Young Green Environmental Project Prize for The Best Level 6 BSc (Hons) Environmental Science Project.