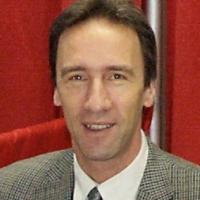 Benoît Pirenne is Ocean Networks Canada Associate Director, Digital Infrastructure. He joined the University of Victoria on October 2004 to build the Data Management and Archiving System for the NEPTUNE Canada and VENUS observatories. The department he directs consists of three groups: software development and testing, systems administration and network operations and data stewardship, for a total of about 30 staff. Previously, Benoît spent 18 years at the European Southern Observatory (ESO, Munich, Germany), a leading Organization for astronomical research. At ESO Benoît assumed a number of scientific and technical positions. As Head of the Operations Technical Support Department in this Organization, he was responsible for running the data management and archiving system supporting both ESO's telescopes and NASA/ESA's Hubble Space Telescope. Benoît has a bachelor degree in computer science from Liège, Belgium, and a Masters in Computer Science from the University of Namur, Belgium.