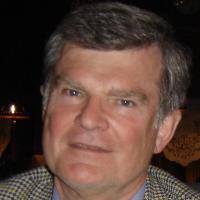 Mogens Thomsen, MD, PhD, is a specialist in clinical immunology from the University of Copenhagen. He joined Inserm (France) in 1983 and has been head of various research groups at Purpan and Rangueil university hospitals in Toulouse. He has worked on the major histocompatibility complex in humans and its association with autoimmune diseases and has developed experimental preclinical models for the study of transplant vasculopathy. From 2004 to 2012 he was appointed expert at SCENIHR (Scientific Committee for Emerging and Newly Identified Health Risks, European Commission). Since 2008 he is Emeritus Director of Research in Toulouse working in a research team at Inserm UMR1027. He is author and coauthor of more than 150 scientific articles in peer-reviewed journals. In 2016 he was nominated as expert at IMI (Innovative Medicines Initiative, European Commission). He is scientific adviser in the Toulouse ESOF 2018 team.