“In God we trust. All others must bring data.” – W. Edwards Deming, and in Tokyo the RDA makes data sharing work in the era of open science. 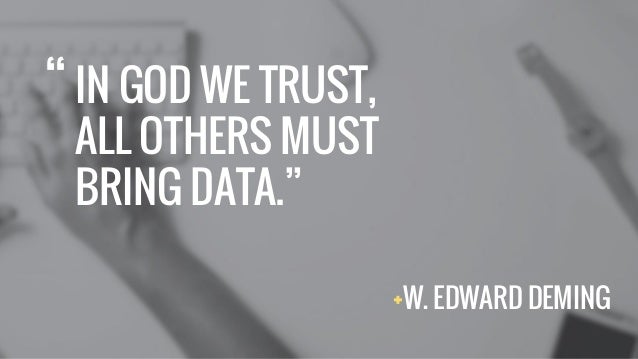 I am one of the 10 fortunate European early career grant winners to have received this terrific opportunity to attend the 7th Plenary in Tokyo. I arrived at my hotel on the night of the 28th February and it wasn’t long before I grabbed some much needed shut-eye. My system was out of sync the following day, so I didn’t really wake up until shortly before the newcomers and data publishing cocktail. When I arrived the place was full of life and activity. I found the room where the newcomers were to receive their opening introduction to the plenary and I looked around the room to spot other newcomers. Some were easy to detect as it was clear that they had the same inquisitive look as they too looked around. Others were not looking around so I tried to guess which ones were RDA staff, and which were also newcomers.

The introduction was an enthusiastic look at what RDA is about and it gave me better insight as to what its goals were. It was delivered by Mark Parsons who told us about the RDA, the secretariat, the working groups, the interest groups and the plenary. Over 80% of members come from North America and Europe, however the number and proportion of members from the rest of the world is increasing. The RDA has nearly 3,900 members from over 110 countries. The 7th Plenary was the first Plenary held in Asia and had a truly international dimension. With such a very broad membership, it seems that at teleconferences some of the members would probably have to stay awake late. The voluntary nature – and thus the passion - of the RDA became evident in that even though it is funded, much of the work is done on a voluntary basis. I was impressed by this as well as the kindness in offering 10 early career grant winners this wonderful opportunity of participating in the conference.

After the introduction there was a chance to meet other newcomers and have some beer and food. Although I understand the concept of networking I never really tried it, and I had this premonition of people standing awkwardly around the beer and food tables struggling to make conversation. However it was not like that, indeed it wasn’t long before I was talking to academics from other countries and standing for photographs. And this was not the climax of the networking. Indeed as the week progressed I got to know more people and some gave me their cards. I, being a novice at this game didn’t have any cards, but I will get around to emailing those who gave me theirs. I write this because I wanted to point out the first learning experience I obtained from RDA and that was networking.

However I would also like to add how useful it was to meet other students and get some very useful peer support. It was also interesting to see that even though we hailed from different universities and countries, we had much in common. When you are a postgraduate student you get used to making sacrifices and living in a constant mode of study. So coming from this common platform it was easy to share experiences with fellow students, while also giving and receiving support. I was very glad of this. Even though this was my first conference, I can see the value of conferences in that they lift students out of the humdrum of their studious environments and gives them chances to share notes and relax which they don’t necessarily get inside the computer labs. This was the second benefit I wanted to point out.

The third benefit was the poster session. The RDA had kindly printed my poster and I was proud to find it on display in the lobby area. One of my first actions was to take a photo of it to send to my supervisors. I made myself available to answer questions which arose from any interested onlookers in the coffee breaks. Indeed I received some very helpful feedback and suggestions. It also gave me experience of answering questions on my feet. This was an opportunity I was looking forward to as I wanted to see what questions/issues were arising amongst those reading the poster. I was very glad to have had the opportunity to display my research, answer questions and gather feedback.

The fourth benefit was the breakout sessions. These were very interesting, but in particular I would like to mention the working group on Quality of Service -DataLifeCycle Definitions and the interest group on Big Data: Considerations in Applying Big Data Technologies . It was at these breakout sessions that I took an active participation both taking notes and contributing to the discussion. The two sessions were different in focus and objectives, but I benefited from both in useful ways.

In the Quality of Service- DataLifeCycle Definitions working group while taking notes I joined in the discussion and I was surprised at how open the Chairpersons were to this. I really learned a lot about the work of the group in that session and was surprised at how much ground was covered. I empathised with the need for a common and understandable vocabulary that would travel well across different disciplines as it is something I have encountered in my own research. It was a novelty to hear from a mixture of academics and public servants from different continents. The level of expertise was obvious as people shared their own views on security issues and trust as well as the expectations that researchers have from their service provider. It was useful to note that even though from hindsight it seems like it could have been expected, these common issues prevail across the different continents. The practical implications of data storage were also something that I learned to think of both from the perspectives of the consumer and service provider, as well as from the life cycle of data.

At the interest group on Big Data: Considerations in Applying Big Data Technologies, I also took notes and joined in the discussion. Again as with the working group above I learned to think at a higher level- this time it was about the practical issues associated with storing, retrieving and processing multi-dimensional data from large array databases. We heard many examples of spatial and temporal databases in this regard. The Big Data IG has initiated a new working group (Array Database WG). The array database working group will focus on the needs of use providers, service providers and software providers. However, although the membership of the group was large, active participation in the group appears to be minimal. Some engagement activities were discussed. In an effort to understand the background for the high membership level but low participation there was a suggestion that a survey be conducted amongst members to determine their interests. Hopefully the planned engagement activities, including the survey, will produce the expected outcomes and will boost up the number of active members.

This degree of brain-storming was as much about keeping the momentum of the group going as well as solving the high level problems. Technical expertise and prior research was something that was the foundation for these groups. In other words, you were expected to have already have the knowledge. The main issue here was about solving practical data problems. At these sessions I began to understand that this was what the RDA was about. It was about reducing the barriers to data sharing in particular, as was the focus of this plenary, in this era of open science. These issues even though highly technical at a micro level, were at a higher level almost as much about governance and housekeeping as they were about data.

I would also like to point that as the two break-out sessions described above progressed it became obvious to me, that the RDA secretariat had really put a lot of thought and effort in to associating me (and the other grant winners) with groups that were relevant to our interests. It was clear that my interests were neatly interwoven with the work of the groups and the interests of the leaders. As such it was evident that members of the secretariat had studied my application and put a lot of effort into associating me with suitable groups.

The fifth benefit was the chance to broaden my horizons. If it wasn’t for this opportunity, I don’t think I would have visited Japan. At least not any time in the near future. This was a cultural and learning experience that was priceless. From the sampling of Asahi beer to ordering from menus in Japanese without really knowing what you had ordered, to negotiating the train network, there were many exciting experiences. But in particular I would like to note the humility and generosity of the Japanese people. On my first night arriving there I was impressed by the attention people gave when asked for directions. Examples of this included checking train information on their smart phones, or accompanying me to the right train line and even to make sure that I knew where my stop was. While this part of my blog summary doesn’t relate specifically to the RDA programme, it does however acknowledge a job well done by our Japanese hosts. I came knowing little about the people and left wanting to know more. The histogrm below gets too crowded if you do >=3 and the word cloud above looks too sparse with >=5. 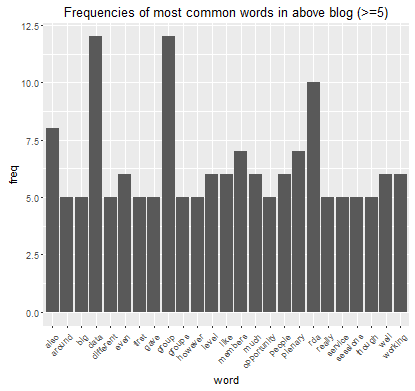 By Christophe Debruyne on 17 October 2014

Impressions on the 6th RDA Plenary

There are 0 comments on "“In God we trust. All others must bring data.” – W. Edwards Deming, and in Tokyo the RDA makes data sharing work in the era of open science.".